Whilst a fabulous achievement for the sisterhood, there’s more to it than that!

Costume designer Jenny Beavan specialises in period drama and literary adaptation costumes, not the remarkable outfits you see in this fast moving, action movie set in the harsh Australian outback.

But as a leader, Miller had a clear vision – to make Mad Max: Fury Road different from every other action movie. If he’d gone with Hollywood’s established action movie experts, he risked compromising his vision.

In an interview with Huffington Post, Sixel recounted asking Miller why he wanted her to do an action film. “Because if a guy did it, it would look like every other action movie,” he replied. Instead he pulled together a diverse, highly skilled but little known team and achieved extraordinary results.

Every leader has untapped potential all around them, Surprisingly few know how to convert potential into success. 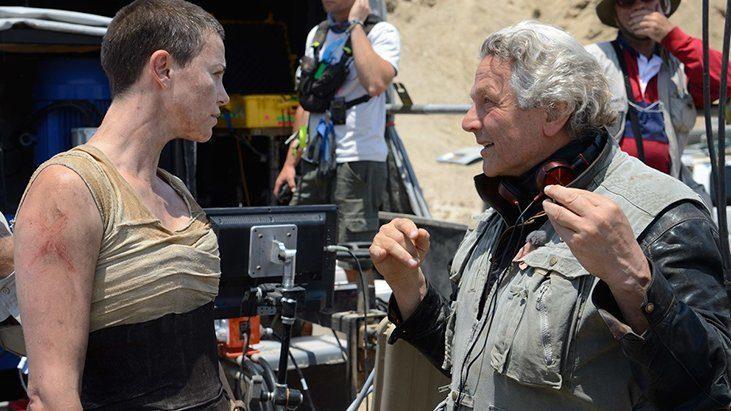 As a leader, supporting your recognised and rising stars is important. Many organisations invest heavily in developing those widely seen as their best performers and emerging leaders.

But what about the dormant talent that so far lies undiscovered? Every business has highly skilled, quiet achievers who may not even recognise their own potential. They may be flying under the talent radar, working in another department in a completely different role.

Once you recognise a hidden talent who has a vital skill or attribute you need, get to know them. We are all so much more than the current role we’re doing and it’s worth exploring what other skills, strengths and diverse experience your potential new star could offer.

Create opportunities to test how easily your hidden talent can grasp your vision and what it would take to achieve it. Are they excited by the opportunity or reluctant to step outside their comfort zone? If they’re clear about what they have to offer and eager to learn but lack confidence, give them a go.

Recruitment is a risk management exercise and risk averse leaders usually hire those who most closely fit the mold.

But hiring the safe, predictable and obvious choice may fall short of the mark. It often takes a fresh, different approach to achieve an exceptional result.

Successful leaders have a finely-tuned potential spotting radar, clarity and confidence. They know they’ll have to explain a left-field appointment and are ready to back their decision.

Having never considered themselves for such a role, your future star may initially be reluctant. Share what it is you value and see in them and reassure them that the rest can be learnt.

Take extra time to direct, guide and coach. Time invested early will pay you back many times over. Sure, your new starter may make a few rookie mistakes, but keeping a watchful eye or connecting them with an on-the-job mentor will ensure they won’t go too far off track.

Create ways to close any gaps, whilst consciously drawing out the strengths you need.

As competence and confidence grow, your new talent will gain traction and start having the impact you knew they would. Adapt your leadership style to meet their changing needs - less hands-on management, more empowerment.

Many years and several careers ago, a senior executive took a chance on me. Working as a personal assistant for the purchasing team of a large hospital supplies company, my days were largely filled with contract and tender administration, endless typing, calendar management, organising and answering enquiries.

When a regional sales management role became vacant, I was genuinely gob smacked when Nino, the Director of Sales, asked me to apply. Account Managers were usually picked for these positions and I asked, “Why me?”

The regional sales team was low on morale and missing their targets. Although I didn’t work directly for him, Nino had been watching how I built trust, was calm under pressure, helped others solve problems and united the team I worked for without positional power.

I didn’t recognise any of these skills or strengths and was terrified at the prospect and responsibility. Backed by Nino’s reassurance and confidence in me and knowing I’d regret it if I didn’t, I took a deep breath and the role.

There were raised eyebrows and a few noses out of joint when my appointment was announced. But there were also many colleagues and customers who were delighted and generously supportive.

Under Nino’s patient, experienced eye and following his wise advice, I set to work unlocking the previously suppressed team potential. The formerly office bound customer service and accounts staff went out on the road, met and listened to our customers.

At the 6 month mark we were on track - reducing complaints and debtor days, consolidating accounts and brokering better delivery schedules with the warehouse, as sales and margin climbed.

Within 10 months we were smashing our KPIs and exceeding all targets. Best of all, the team was happier, proud of their success and able to hold their heads high.

Having validated Nino’s risky wild card appointment and proving to myself that I could lead, this was the springboard to future rewarding management and executive roles for me.

I will be forever grateful to Nino for giving me my first, unlikely break and setting me up for success.

So next time you need to achieve something extraordinary, look beyond the obvious talent. Seek out those 'least likely’ for new opportunities, special projects and critical roles.

They just might be the ones to break through and bring home the gold!

Caroline Cameron is an award winning, master certified executive, career and business coach, speaker and author. Caroline is on a mission to help mid-career professionals and evolving organisations harness the power of change to achieve success in business, work and life. Read More About Caroline 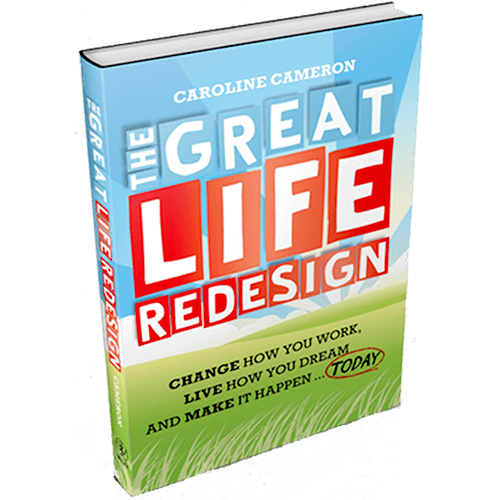 Change your life to live it YOUR WAY with

﻿﻿If today was your last day on earth would you regret the chances you didn't take?

Life is too short for﻿ regrets, should haves or could haves!﻿

What are you waiting for...?

Get clear about what you REALLY want; plan it, afford it and make it happen TODAY!